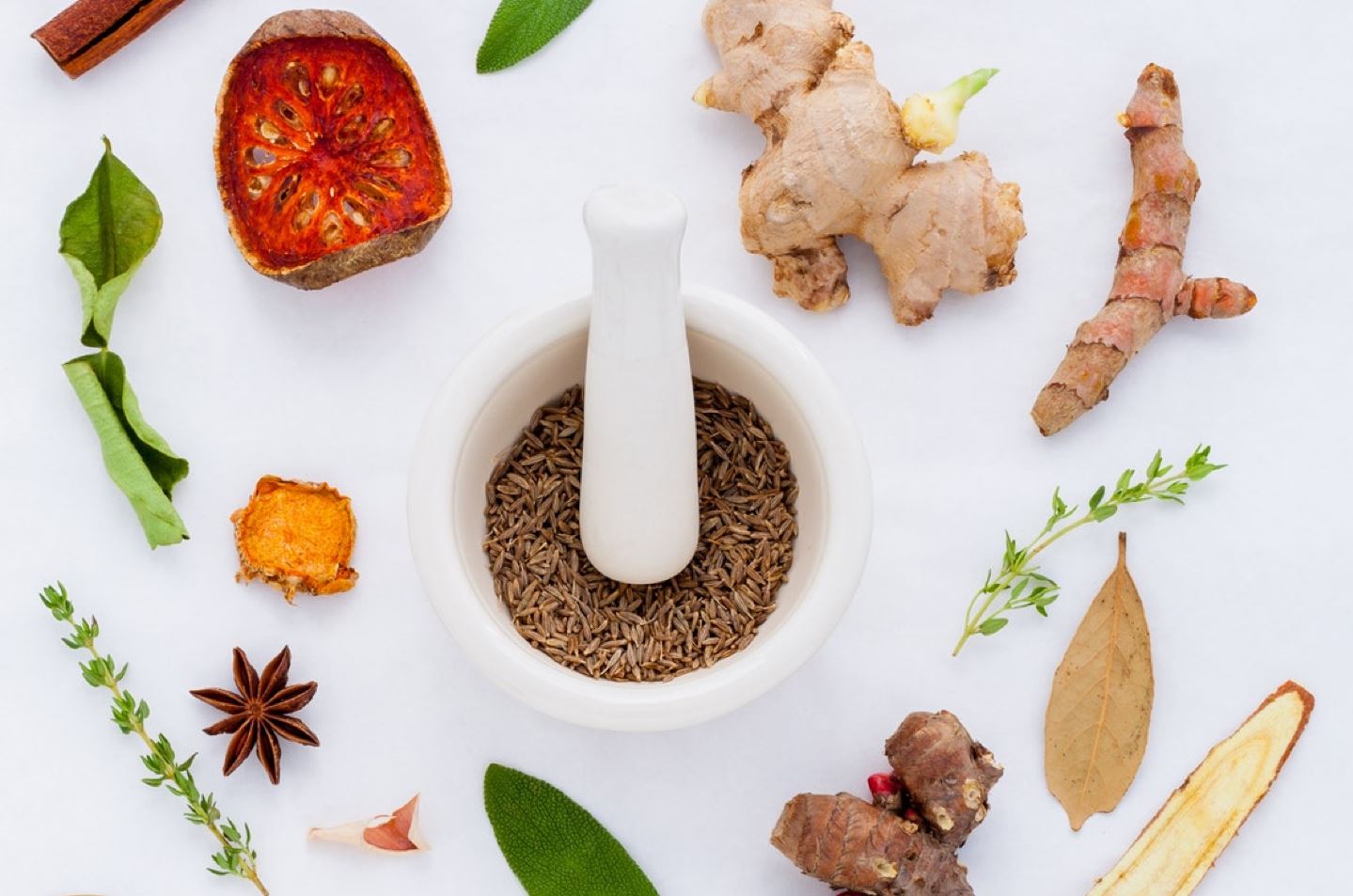 As a founding figure of ‘positivism’, Francis Bacon is very well-known for his promotion of the scientific method. This contrasts with my own researcher position as a phenomenologist. Subscribing to the belief that knowledge is obtained through both experience and observation, I adopt the view “science is useful for understanding many things, but not literally all things’ (Worley III, 2017). Extremely useful in exploring questions of chemistry, physics, biology and even topics such as economics, a focus on facts [without the consideration of meaning] are not sufficient for matters of philosophy, philology (the development of languages), consciousness, and a breadth of other subjects, including that of my own research field, education.

Edmund Husserl (1859–1938), the founder of contemporary phenomenology, described “how scientific theories have lost their epistemological roots in the lived experience of our common human lifeworld’, leading to a ‘mathematisation of nature’ (Dahlin et al. 2009).

Phenomenology, in my mind, offers a more open attitude towards exploring phenomena. Scientific concepts are not pushed completely aside or forgotten, but they are instead embedded in, and connected to, a learning process which emerges out of an experienced lifeworld activity (Dahlin et al., 2009). The phenomenological approach uses sense experience as a starting point for systematic investigation, reflection and understanding. Furthermore phenomenology also offers philosophical insight relevant to pedagogical contexts informed by educational purposes, aims, and axioms (Langeveld 1983).

Rather than see phenomenology as either science or art, it might best be considered along a continuum with pure rigorous, scientific description on one end and fluidly poetic interpretation on the other, with most practice falling somewhere in between (Finlay 2011, pp. 18–19)

That said, I would assert that no research paradigm is superior, “recognising each has a specific purpose in providing a distinct means of producing unique knowledge‘ (Taylor & Medina, 2018).

Yet, I will declare here, in this blog-space which maps my research journey, that my research approach is enveloped within the philosophy of phenomenology, with a specific orientation towards a crafted phenomenology of practice. This position has been influenced by the ideas of Martin Heidegger (1889–1976), Max van Manen (active), Mark D. Vagle (active), and the partnership of ‘Gilles Deleuze (1925-1995) and Félix Guattari (1930-1992),

My evolving crafted phenomenology is blended from a number of elements:·

Still some room for some Bacon

I started the post with positivism and Bacon. Typically, as researcher you can be warned off trailing into an opposing or rival philosophy or modes of inquiry for fear of becoming ‘incongruent’. Yet my reading has revealed that phenomenology is in fact quite capable of ‘integrating the different goals of social sciences, such as explanation and understanding, by synthesising the empirical and the interpretative dimensions of the social world’ (Tharakan, 2006). Consequently I try to pay attention to the whole range of warnings or critiques tendered within the researcher community. An example of this is the ideas offered by science-purist Francis Bacon, on the wide variety of errors in mental processing to be wary of. That which a phenomenologist should take heed of, rather than feel attacked by.

According to Francis Bacon there are four classes of Idols which can distract or prejudice thinking, especially in our efforts to gain insights, whether that be in the physics or accessing of meaning. (In modern terms , these could be interpreted as fixations or infatuations). Four centuries before Daniel Kahneman, Bacon conducted a ‘phenomenological exercise of clearly listing the various ways through which the human mind can colour human knowledge of the world‘ (Bajaj, 1988 [online). Savvy advice for all forms of research.

Aimed at human nature in general, this points to the inherent human tendency to read one’s own desires and needs into a thing. To oversimplify, overgeneralise, overinterpret, and also be struck by novelty. In this, there is also a reminder that just because a certain issue, topic, idea or theory is now popular, this does not mean it is truer or more worthwhile than earlier ideas or perspectives (Van Manen, 2014). Consequently, we should avoid being pig-headed [excuse the pun, Mr. Bacon], actively seek to question, and be open to contrary evidence. Bacon clearly understanding the concept of bias and confirmation bias. To be also wary of anthropocentrism, the belief that human beings are the most important entity in the universe. Something which is questioned more directly in more critical and post-structural strands of phenomenology.

Aimed at the ‘individual’, Bacon suggests biases are rooted in personal and idiosyncratic sentiments. Not necessarily inherent, but point to the uptake of prejudices handed down to us through culture, upbringing and experiences. In today’s speak, pre-occupations linked to our life, educational and career experiences; including the books we read, the influencers we draw down from. They all contribute to our ‘perception’ of nature. It is not that we should avoid books or people, but to be mindful to keep our minds open, balanced and clear, recognising that people with shared experiences tend to have shared perspectives and blind spots.  In short, we should not cling to whatever we believe, and believe only what we want.

This set of idols refers to the product of the commerce and association of humans with each other i.e. the exchange of ideas, and specifically hones in on the misuse of language. There is a recognition that language is ambiguous, and can confuse our understanding of nature; that scientific or theoretic language cannot fully capture the more subtle and complex aspects of human existence. There is a wide scope in how one can take meaning from, and use different words. As a consequence, we should be mindful of misguided, or sloppy semantics. We should avoid misapplication of, or overuse of vague terms or jargon, and becoming dependent on the same feeds for our news or ideas. The development of critical thinking can help with appreciating the many ways in which words can be used.

Finally, Bacon warns of misunderstandings created by traditional philosophical and theological systems, which can lead to an inaccurate and unverifiable account of the world.  The warning being that we should not accept what has been defended even by learned groups before us without question. To be wary of holding a belief just because many others hold the same belief.

Interestingly, all these warnings do not suggest cognitive self-distancing or the suppression of subjectivity, but are particularly useful advisories for qualitative researchers to not go astray in their efforts to gain insights from observations, or tender fanciful interpretations and abstraction (Van Manen, 2014).

It’s taken a while for me to reconcile my beliefs and subscriptions to types of thinking, but I believe I have found congruence across my philosophical positions and practical endeavours. Essentially, I’ve found a home within post-intentional phenomenology, a methodology which offers means to experiment with entangled connections among seemingly disparate philosophies, theories, and methodologies (Vagle & Hofsess, 2017). Whilst supporting strands of phenomenological thinking, it further extends in critical, post-structural ways (Seamon, 2019). It is at least a ‘methodology’ in which I can safely ‘tinker’ with the craft of phenomenology (Vagle, 2014), and allows me a feed for my interest in complexity theory, actor-network theory (ANT) and networked learning. How I fine-tune my craft through this ‘tinkering’ warrants further discussion for another day.

See my previous posts on critical thinking and addressing bias

The mind behind ‘Socelor’: home to ‘learning how to think’

The mind behind the cognitive bias codex, and practical tips on tackling bias

Husserl, E. (1936/1970) ‘The crisis of the European sciences and transcendental phenomenology’, Northwestern UP: Evanston.

3 Replies to “I’ll do my thinking with a spot of ginger and bacon!”

© Felicity Healey-Benson and Emergent Thinkers.com ®.(2018-2022). Unauthorized use and/or duplication of this material without express and written permission from this site’s author and/or owner is strictly prohibited. Excerpts and links may be used, provided that full and clear credit is given to Felicity Healey-Benson and EmergentThinkers.com ® with appropriate and specific direction to the original content.